As we all know there are so many things to do in the Eastern Suburbs and many of us that have lived in the East for a number of years feel like we’ve pretty much done everything there is to do, but have you ever thought about taking the kids out in the East to write letters?

There are many benefits in getting children to write letters.

Studies have shown that children who write handwritten letters have stronger reading and spelling skills, there’s no autocorrect when you’re writing a letter, so children learn how to spell a lot quicker when writing. It’s also a great way to get children off computers, phones and tablets. Most parents feel their children spend way too much time on their devices, writing letters gives children a much needed break from these devices, or in many cases the parents devices. It’s also great for their immagination as they have to think what they want to say. They express themselves a lot more with a hand written letter.

In the age of digital technology why not go back to basics and go on an adventure around the Eastern Suburbs and let your children write a letter or two, you might be suprised at how much they enjoy the experience.

Here’s our 5 best places to write a letter in the Eastern Suburbs. 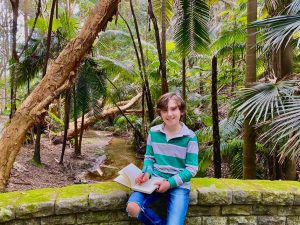 Cooper Park is a bit of a hidden gem in the East but it’s also one of the most beautiful places to go and write a letter with your children.

There’s a lovely cafe there which is nice and relaxing and you can also play some tennis as well. Then there’s the gorgeous rainforest which will get the kids’ imagination flowing.

There’s lots of great places to sit and write a letter. 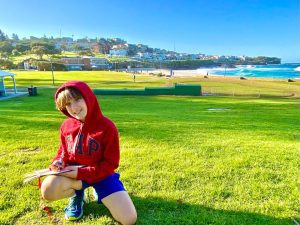 Most of us in the East would have been to Bronte Beach for a swim in the ocean or the pool but have you ever thought about taking the kids to Bronte to write a letter?

The cafe’s across from the beach are great for a bite to eat and on those hot summer days it’s the perfect place for an ice cream or a milkshake.

Why not take the kids to Bronte and sit on the grass or in one of the huts and write a letter? 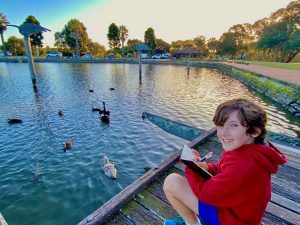 You could spend all day in Centennial Park with the kids and never get bored, from playing on the ovals, riding your bike, having a bite to eat or sitting at the ponds while watching the birds and other wildlife.

There’s never a dull moment when you’re there.

Nature is great for the kids and it gets their imagination running wild.

There’s many great places to sit and write a letter.

You can sit and watch the swans, write a letter and draw the birds that you see as well. 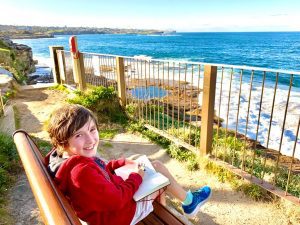 Just up the road from Coogee Beach is Ivor Rowe Rockpool, many of us know it as the rockpool in South Coogee. For those that haven’t been there it’s just below Bunya Pde.

The small rockpool is a fun place for a dip in the ‘ocean’ or just to walk around and discover the sealife. In certain months of the year it’s a great place to spot whales.

There’s a stunning view of the ocean and it’s a great location to take the kids to write a letter, and if you’re lucky; you might even see a whale or two. 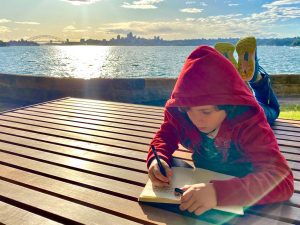 With one of the best views of Sydney Harbour, Duff Reserve is a hidden gem in the East.

Located on Wolseley Road, the reserve is located in the northernmost point of Point Piper.

Though small in size, it’s the perfect secluded location to have a picnic, watch the boats go by and while you’re there write a letter. The kids will love that you’re so close to the water and the views of Sydney Harbour are breathtaking.

Why Writing Letters Is Still Important Today. Here's What Your Child Can Learn From…

LEELA VARGHESE, REPORTER: Your trusty old letterbox. If it could speak it would probably say…